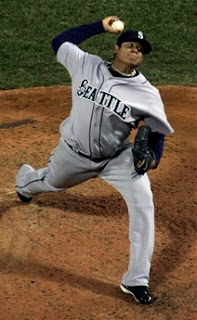 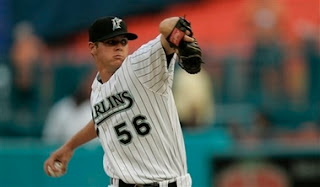 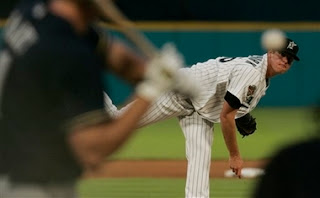 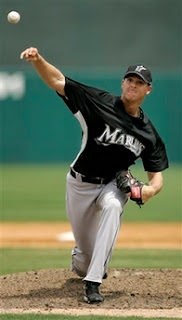 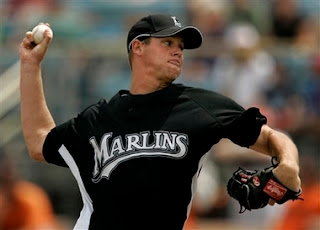 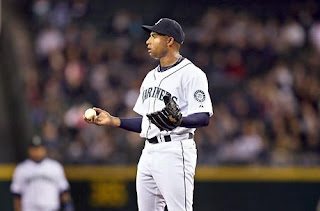 Mariners right-hander Miguel Batista spreads his hands in wonder after being called for his second balk of Wednesday's game at Safeco Field. 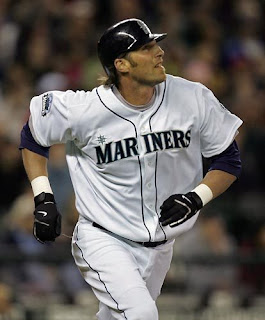 Mariners first baseman Richie Sexson trots around the bases, watching his homer in the second inning that gave Seattle a 2-1 lead. 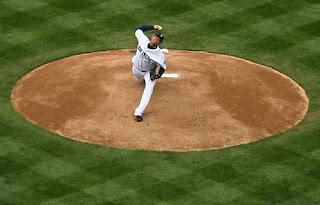 It was billed as the coming out party for Felix Hernandez and the 20-year-old did not disappoint.

The youngest opening-day starter in more than two decades notched a career-high 12 strikeouts and went eight strong innings to lead the Mariners to a 4-0 victory over the Oakland Athletics this afternoon. Hernandez allowed just three hits on a day in which both offenses were held in check for all but one inning.

Raul Ibanez broke a scoreless tie in the sixth with a sacrifice fly and Richie Sexson followed with a three-run homer for all the support Hernandez would need as both teams combined for just eight hits.

J.J. Putz allowed a leadoff double in the ninth, but went on to work a scoreless frame for Seattle in a non-save situation.

A sellout crowd of 46,003 at Safeco Field was treated to an early season pitching duel between Hernandez and A's counterpart Dan Haren. Each allowed just one hit in the first five innings. Hernandez escaped a sixth-inning jam after a leadoff double by Richland native Travis Buck, striking out Jason Kendall and Shannon Stewart to end that threat.

The second error of the game by A's shortstop Bobby Crosby then helped Seattle blow things open in the bottom of the sixth. Crosby dropped the relay toss to second on the front end of what looked like an inning-ending double play ball by Jose Vidro.

Instead, the error enabled the Mariners to load the bases with one out and Raul Ibanez -- the team's hitting leader throughout spring training -- drove home his team's first run of the season with a sacrifice fly to right.

Sexson came up next and unloaded on a 1-1 offering, drilling it on a line over the center-field fence. That cleared the bases, giving the Mariners four unearned runs off Haren in the inning.

The homer for Sexson also came after he had managed just two extra-base hits -- both home runs -- in all of spring training. One of the knocks against Sexson last season was that he would often fail in the clutch while saving his big hits for less meaningful situations.

That obviously wasn't the case here.