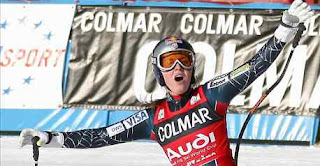 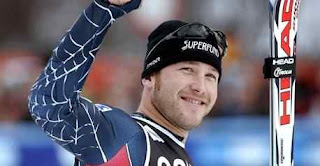 Mancuso upset the hopes of home favourite Ingrid Jacquemod, who ultimately finished fifth, when she bumped the Frenchwoman out of the leader's circle with a brilliant run of one minute and 38.93 seconds. 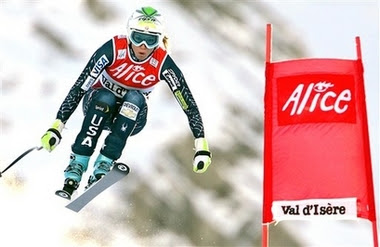 Goetschl, who has won both super-G races this season, finished at 0.43 seconds off of the winning pace.

A victor on Val d'Isere's downhill last year, Kildow skied to the third fastest time at a further 0.11 seconds back to show signs that she has recovered from a stomach bug, which threatened her preparations for the race.

Swede Anja Paerson, who paced Monday's training session, finished just off of the podium at 0.11 seconds behind Kildow.

The 22-year-old Mancuso added the maiden World Cup win to her surprise giant slalom victory at the Turin Olympics in February.

The race was interrupted shortly after Mancuso put down her storming run, when Nadia Fanchini crashed back-side first into the safety netting after flipping 180 degrees in the air on the Tunnel Jump.

The 20-year-old Italian was transported off of the piste on a stretcher suffering from a wrist fracture and pains in her knee and head.

"Nadia broke her wrist in two places and briefly lost consciousness," the Italian ski federation (FISI) said on their Web site, indicating that there were no problems with Fanchini's knees.

"She has been taken to Mouthiers hospital where she has had a scan which did not reveal any more problems."

The World Cup will continue with the second of Val d'Isere's two downhill races on Wednesday on the normal women's course in a race that replaces the contest originally scheduled for St. Moritz. 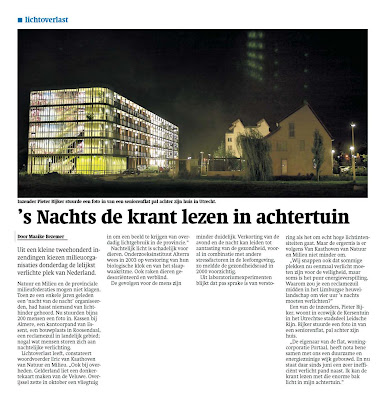